The time has come for me to replace my old desktop PC with a new whiz bang developer rig. The old system has the following specs:

It ran well for the most part. The SSD was a great interim measure to give me some extra speed until I could afford the big upgrade with a completely new machine. At the time I built this original machine I was more concerned with how quiet the machine was, so I had a low end fanless graphics card along with a tonne of sound absorbing audio foam in the case. It was nice and quiet but I couldn’t play any decent sized videos.When I tried to use Visual Studio 2010 with Resharper 5 (great tool!!!) on my new project I was working on, I found myself waiting up to 10secs for intellisense to pop up. This became soooo frustrating, so it was time to upgrade.

I was spurred on by both Scott Hanselman and Jeff Atwoods articles on building the ultimate developer rig as well as going for a 7.9 WEI rating (Windows Experience Index):

I deliberately waited until the prices of various items I wanted had come down bit so that I could keep the budget under AUD$3,000. Ideally the core machine would be under AUD$2,000 and then I had plans to add a 4 disk RAID5 Array. I wanted speed, speed and more speed.

The first and highest priority component was the main hard drive. Sata 3 has recently come out so I definitely wanted a good quality motherboard that supported RAID 0 (striping) on the Sata 3 controller, and I wanted to have the fastest SSD’s that I could get my hands on.

These puppies are simply awesome. They are fast, silent, and have a new controller (you can google for tech details if you want). I bought 2 so I could set them up in RAID 0 for twice the throughput (does this really work? Checkout Part 2 for disk benchmarking results).

Next is a fast CPU. I went for the new Intel Core i7 2600K – note the ‘K’ means the clock multiplier is unlocked for easier, better and awesome overclocking.

I also went for a new video card that would have a number of options for output connections, plus good clock speed and RAM for good framerates when watching HD video. I found this little baby:

This is a great graphics card because it can support up to 5 monitors!!!! It has 2 x DVI, 2 x Display Port, and 1 x HDMI. Great Stuff!

Because I want to use this as my developer machine, I will be running virtual machines etc.. and doing all sorts of audio/video encoding, watching full HD video, all at the same time I went for 16GB RAM (4 x 4GB), so I have plenty to play with. With disk I/O being the biggest bottleneck on the system, I just went for budget priced RAM:

I want to overclock the CPU to get maximum speed out of it, so I wanted a decent motherboard with a good price point. It had to have Sata 3, RAID0,1,5, good RAM speed and capacity, and for the future USB 3.0:

This motherboard ticks all these boxes, plus it has the new Sandy Bridge Chipset so I know I’m going to get the most out of the Core i7 CPU I’m going to put in it.

If I’m going to be overclocking it I want a rock solid PSU so I went with Corsair:

Lastly, I want to keep everything nice and cool, especially with the extra heat that this CPU is going to be generating when overclocked. In the past I’ve gone for large heat sinks and CPU fan setup, and extra case fans and the like, but I wanted something nice and minimalist this time. So the only choice was a Corsair Watercooling Kit:

This is so easy to install, and works perfectly. One word of advice though, make sure you attached the mounting backing plate on the motherboard before you screw the motherboard into your case!! :o)

Now lastly we need to put all these bits in a case. I just wanted a decent full size ATX case at a good price. It had to have good airflow and easy to use quick release HDD bays. Enter this one:

So, what was the damage for all these goodies? Here’s a summary of all the parts and their prices and quantities:

So I’ve come in ever so slightly over budget – well what I was aiming for ideally – so I’m very happy. In the next installment, I’ll post some benchmarking results for the RAID 0 SSD configuration as well as my overclocking results and WEI Score.

A friend of mine told me about this site http://click7.org/image-mosaic-generator/?create.

I uploaded this photo: 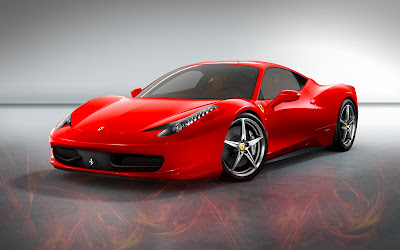 and this is what it generated. (Click to view large version):

So clever and great fun!!